Our board | Moonpig Group plc

Our board is made up of people who have been carefully selected to balance deep ecommerce and technology expertise, with an entrepreneurial mindset and public company experience. Kate is Chair of Moonpig, having held the role since August 2019. Kate has more than 30 years of experience in top management positions, including considerable experience in chairing boards. She currently serves as Chair of IVC Evidensia, a large veterinary care provider, Parques Reunidos, a leisure park operator that owns and operates more than 60 parks internationally and Beijer Ref AB, world-leading wholesaler of cooling technology and air conditioning. zooplus SE has proposed to appoint Kate as a member of its Supervisory Board with effect from the end of its annual general meeting (AGM) to be held on 19 May 2022. The appointment is subject to approval at the AGM by the shareholders of zooplus SE. Kate recently held the position of chair at Secret Escapes from 2019 to 2021 and has extensive UK plc experience, having previously served as the Chief Executive Officer and Executive Director of SSP Group plc from 2013 to 2019 (including at the point of its listing on the London Stock Exchange in 2014), and as the Chief Executive Officer of WH Smith PLC from 2003 to 2013. Prior to this, Kate held roles as Managing Director of Homebase, and Managing Director of Argos. Nickyl is the Chief Executive Officer of Moonpig, having held the role since June 2018.

Nickyl has extensive e-commerce leadership experience, having founded Finery, an online British womenswear brand in 2014 and holding the role of Chief Executive Officer until 2017.  Nickyl also served as the Chief Executive Officer of e-commerce for Rocket Internet, a company that incubates and invests in internet and technology companies globally, from 2012 to 2014.

Nickyl spent the early part of his career in financial services, where he was Vice President at Goldman Sachs until 2010 and then worked at Arrowgrass Capital Partners LLP until 2012, leading research and investments into Global technology, media and telecoms companies. Nickyl holds an MBA from Harvard Business School and a bachelor's degree in Economics from Cambridge University. Andy is the Chief Financial Officer of Moonpig, having held the role since January 2019.

Andy has extensive operational and financial leadership experience in e-commerce, having previously held roles as Chief Financial Officer of Wowcher, a consumer e-commerce business operating in the daily voucher deals sector, from 2015 to 2018, and as Chief Financial Officer of The LateRooms Group, an online travel agency business, where he worked from 2012 until 2015. Prior to that, he worked at Shop Direct Group (now The Very Group), which is one of the UK’s largest online retail and financial services businesses. Andy spent his early career working in corporate finance with professional service firm Deloitte and at HSBC’s investment banking division.

Andy holds a Bachelor of Science with honours in Management Sciences from the University of Manchester, and has, since 2009, been a fellow of the ICAEW, having qualified as a chartered accountant with KPMG in 1999. David has extensive experience in the retail sector and knowledge of consumer-facing businesses, together with core skills in finance. David currently serves as Senior Independent Director and Chair of the Audit Committee of Auto Trader Group plc. David was formerly Group Finance Director of NEXT plc from 1991 to 2015 and their Group Treasurer from 1986 to 1991. David’s previous management experience also includes nine years in the United Kingdom and overseas operations of multinational food manufacturer Nabisco and, prior to that, seven years in the accountancy profession. Susan has extensive experience within large consumer-facing businesses in both executive and non-executive roles. Susan is a Non-Executive Director of Uber UK, W.A.G Payment Solutions plc and Affinity Water Limited (where she is also Chair of the Remuneration Committee). Susan is also the Chair of Caresourcer.com, the United Kingdom’s first comparison and matching site for care and is a founding director of ChapterZero.org.uk an organisation dedicated to helping board directors and chairs get the knowledge and insight on climate change for use in board discussions. Susan was a Non-Executive Director of Rank Group plc until January 2022, a Non-Executive Director of Wizz Air plc until June 2020 and a Non-Executive Director for the Department for Exiting the European Union until March 2020. Susan has previously held roles as managing director of British Gas Residential Services and as chief executive of Acromas Group’s travel division (including the brands Saga and the AA). Prior to this, Susan held senior roles at Royal Caribbean International, Avis Europe, PepsiCo International, McKinsey & Co, and Saatchi & Saatchi. 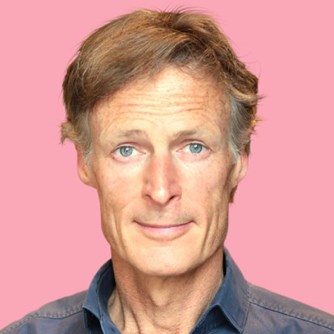 Niall is a Partner at Atomico, an early and growth stage venture capital fund, where he helps portfolio companies in the consumer space and marketplaces with their growth strategy and scaling, and through this role, is a board member for Koru Kids, Habito, OnTruck, Ree Technology and Jobandtalent. Niall has spent over 15 years as an executive in early-stage tech-enabled consumer businesses. Most recently he was part of the Executive Team at Uber, leading the international business into 50 countries. 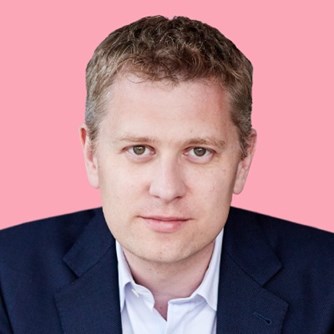 Simon Davidson is a Senior Partner at Exponent Private Equity, where he invests in the consumer sector. In addition to leading Exponent’s investment into Moonpig in 2016, his other investments at Exponent have included the Ambassador Theatre Group, Quorn Foods, Photobox, Wowcher, Evergreen Garden Care and Vibrant Foods. Prior to joining Exponent in 2008, Simon worked at Apax Partners and OC&C Strategy Consultants.

Simon holds a MBA from the Wharton School and a bachelors degree in Politics, Philosophy and Economics from Oriel College, Oxford.